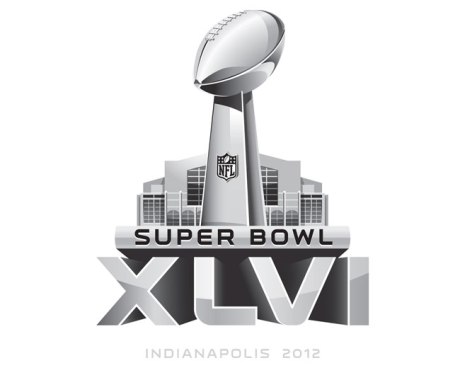 The Economics of the Super Bowl:

America’s biggest unofficial national holiday, Super Bowl Sunday, is more than a football game. It is a celebration of military prowess (in 2011, the Navy spent 450,000 tax-payer dollars to conduct its 2011 flyover), excess, and a culture of wealth. With tickets going for $3,000-4,000 a piece, and millions of dollars going to local businesses (although this number is often overstated), the economics of the Super Bowl are as important as questions about Rob Gronkowski’s injury and the potential dominance of Giants defensive line. Yet, the economic question transcends the issues of the “local economy” as the Super Bowl is yet another party for the rich, by the rich, and of the rich.

“The Super Bowl is perennially the Woodstock for the 1%: a Romney-esque cavalcade of private planes, private parties, and private security,” writes Dave Zirin. Tony Koreheiser once described the Super Bowl as “a celebration of concentrated wealth,” while Dave Zirin, in his discussion of festivities in Detroit a few years back, identified the festivities as a 2-week “binge.” Still relevant today, Zirin describes the Super Bowl as little more than a cross between Lifestyles of the Rich and Famous and My Super Sweet 16:

Every Super Bowl Sunday, corporate executives and politicians exchange besotted, sodden backslaps, amidst an atmosphere that would shame Jack Abramoff. Only this year the bacchanalia — complete with ice sculptures peeing Grey Goose vodka and two tons of frozen lobster flown directly to the stadium — is happening in the United States’ most impoverished, ravaged city: Detroit.

The image of the Super Bowl as Americana, tailgates, beer and hot dogs, is a misnomer at best, given the predominance of America’s 1%. 2010 set a record for the number of private jets landing for a Super Bowl with 400, only to be left in the dust with 600 private jets in 2011. “For the private jet business, the Super Bowl is the, well, Super Bowl of private jet rentals. Every year, like monarchs to Mexico, a swarm of private jets descends on the big game to unload the rich and powerful football fans,” writes Robert Frank. There’s no tailgating under the tail fins, or downing buffalo wings on the wing of the G550. But for some reason, private-jetting and football have always gone well together for February’s big game.” The 2012 Super Bowl may surpass these past records.

Planes are not the only excess. According to one report, 35% ticket holders write off the game as a business expense. Highlighting the ways in which the Super Bowl is a party for billionaires, whether it be team owners, corporate executives, or other members of the 1%, the disparities and disconnect that will be on full display this Sunday, should give pause.

The 1% has a lot to celebrate at the Super Bowl given the amount of money generated because of the football game, very little of which goes to the players and the other people who make the game happen. According to Wall Street Journal report, over 5 million NFL fans will stimulate the economy through upgrading their television in anticipation of the game. Additionally, on average those watching the game spend 60 per person in food and merchandize. The Super Bowl is an economic bonanza.

Continue reading at  The Economics of the Super Bowl: On ‘The Woodstock for the 1%’ | Urban Cusp.