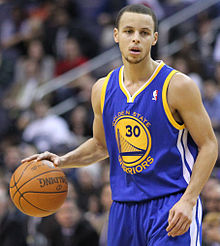 With NBA All-Star balloting in full swing and given that the NBA is slowly but surely turning into a league where “injuries happen,” I thought I should come up with an injured/questionable/doubtful/probable (hurt but will likely play) All-Star Team. Since fans are unlikely to see these players, even as the league justifies its quick return through appealing to fan desires to see the game back on the court, I thought we could celebrate the greatness of the league by reflecting on their absence:

Click through the slide show below to see the starters on this NBA All-Star Injury Team. However, a quick glance at this team’s bench gives you some insight into how potent an injury lineup has emerged a quarter of the way into this season. Bench players: Forwards: Charlie Villanueva; Michael Beasley; Andrea Bargnani. Centers: Brook Lopez and Kevin Garnett. Guards: Jason Kidd; Jose Juan Barea, Baron Davis; Eric Maynor. While being flippant here, it is imperative to think about how the 2011-2012 season is one where injuries happen.

Curry is starting to look like his generation’s Steve Nash, another guard whose early career was plagued by nagging injuries. Nash eventually righted himself when he began playing with big men like Dirk Nowitzki and Amar’e Stoudemire who excelled in the pick and roll game. Time will tell if Curry finds his big man counterpart.

For the most-part the media has failed to reflect on the injuries, on how these injuries are the result of the money grab. Yet, it is crucial to not only highlight the cluster of injuries, and the types of injuries that seem to point to the impact of a non-existent training camp and the wear and tear of a compressed season, but what this reveals about the NBA and the sports-industrial complex (not to mention global capitalism). It is emblematic of the ways in which profits are put in front of people. It is emblematic of the logic of Neoliberalism capitalism, which identifies markets, consumer needs, and profit margins as the primary compass for economic relations. The fact that players are suffering injuries in alarming rates is a testament to the ways in which bodies, particularly bodies of color and women, are exploited and abused for sake of money within the sports industry and beyond. As a tenet of capitalism, and reflective of cultural obsession with wealth, it is no wonder that the ideology of profits ahead of people is so visible on NBA benches. So, if you get tired of the NBA’s new motto, “where injuries happen,” maybe we should start calling it “The NBA: profits before people”