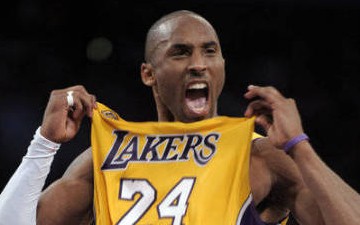 The Kobe haters have been out with full vengeance as of recent. Hyperventilating about the number of shots he is taking, his unwillingness to defer to Andrew Bynum, his debilitating body, and his off-the-court problems, critics have spent early parts of the season predicting Bryant’s forthcoming demise. Following an opening day loss to the Chicago Bulls, Alex Kay, in “Kobe Bryant: Failure to Close vs. Bulls Proves Black Mamba Has Lost a Step” describes KB24 as “a superstar at the end of his prime ready to fade into the twilight.” Dave Zirin has similarly wrote his basketball obituary, noting how “old and exposed he looked during the 2011 playoffs”. Dave McMenamin voiced similar skepticism about his status as an elite player, reiterating Charles Barkley proclamation that “Father Time is undefeated.”

The criticism of Kobe hasn’t focused simply on his being “over-the-hill;” instead his critics of recycled longstanding narratives about his arrogance and ego combined with his age to doubt Kobe’s future success. In “Shoot first, Ask Kobe,” Rick Reilly offers this argument, highlighting the danger of Kobe’s “me/shoot-first attitude” and a declining skill set: “Bryant believes in shot selection. He selects them all. Unfortunately, he’s making fewer of them.”

In “Person of Interest: Kobe Bryant,” Jay Caspian Kang furthers the assault on Kobe, recycling tired arguments of years past. Like so many, Kang fixates on the number of shots and “bad shots,” calling him a “one man side show.” Worse yet, he seems to link Bryant’s selfishness to the absence of his benevolent white father: Phil Jackson. Yet again, Kobe’s greatness and the beauty of his game are called into question.

Through 15 games of the season, Kobe (and the Lakers) has answered these critics. With a record of 10-5 (exceeding expectations of most of the prognosticators), Kobe’s start has been spectacular. Playing with a wrist injury, in a new system and with several new teammates, all without adequate time for training camp, practice, and treatment, Kobe Bean Bryant has responded to his critics with greatness. Following a 48-point output against the Suns, Bryant told reporters: “Not bad for the seventh best player in the league.”

His 48-point game, while his best during the early campaign, has been the norm thus far: he has surpassed the 30 point plateau three times and the 40 point plateau an astonishing four times. Add to this, he is averaging almost 6 assists and rebounds per game. Leading the league in scoring at 30.8 points per game (shooting 46%), fans have seen his greatness in the box score. But unless you watch Kobe each and every night, it is hard to appreciate the beauty of his game.

Yet, his success, the beauty of game, isn’t central to the narrative we are getting now nor has that been the predominant narrative throughout his illustrious career.