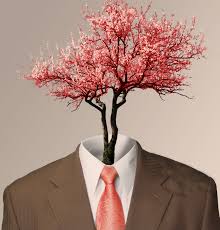 Growing up, even into my teenage years, friends and family often described me as a “sweet boy.”  Whether from my grandmother or from a girl in my class, the mantra, “Davey is kind and gentle” was as commonplace as any other “compliment.”  I am a sensitive and caring soul so the description has always been appropriate.

Yet, for me, it didn’t always feel like a compliment.  What I heard was, “Davey is really sweet and sensitive, unlike the REAL BOYS.”  It was their way of saying that I was different, that I was unlike the other boys—those whom I looked up to, those whom I saw on television, and those whose footsteps I was encouraged to follow.  While the many women in my life — from my mom and sister to my classmates and co-workers (and yes, I cannot recall men offering similar praise) — were surely noting a different inscription of masculinity, I heard something else.  I didn’t feel as if the praise emanated from me offering a different sort of masculinity.  At times it left me wondering if I was not as manly or masculine as the other boys.

I spent my summers teaching nursery school.  I would rather take my sister to the movies than go hang out with friends.  And making dinner for the family (sometimes even quiche) or baking was my favorite pastime.  I was a “mama’s boy” and proud of it.  However, as I got older my insecurity about my manhood became more and more pronounced.  No amount of praise or encouragement counteracted the daily message about the proper ways to be a boy. I was in constant negotiation between the societal messages of how I was supposed to behave as a boy, and my passions, personality and preferences.

By high school, I began feeling as though I wasn’t equal to my male peers.   I felt as if I was at a masculine deficit, at least when I looked at the social manhood scorecard:

Lacking a girlfriend, sexual experience, muscles, attractiveness, and toughness, coupled with my enjoyment of all things related to cooking, working with kids, and being sweet, prompted daily questions about my masculinity.   Neither my Dad nor brother, much less my friends, were described with these attributes.  I was different . . . the other.  I didn’t “act like a boy.”  And I didn’t do “boy things.”  Instead, I was sensitive “like a girl.” And I cried “like a girl.” When I got into fights with my brother, I not only lost, but they usually ended with me hiding in my room crying. This was not how a boy—becoming a man—was supposed to act

From my inability to talk to girls to my incompetence in fixing my car (not to mention my lack of interest in cars), I was a walking embodiment of all-things not “masculine.”  It is no wonder that I spent much of my teenage years convincing others, and myself, that irrespective of my sweet disposition, my lack of sexual experience, my muscle and presumed penis deficiencies, and my sensitivity, I was a “real man.”  The public persona would highlight the qualities associated with an authentic masculinity.  My private male self would remain closeted when at school, when playing sports, and when out with my friends.  I recall many a nights where my own insecurity and the lack of visible diversity of alternative forms of masculinity prompted particular masculine performance, especially among male peers.

Often while out with “my boys” on Saturday nights, we would walk up and down various streets in Westwood (Los Angeles) or Santa Monica looking to get into trouble.  Chests puffed out, with the proverbial swag walk, we were the living embodiment of boys just trying to be hard.  On one particular night, I remember standing around when a group of police officers rode up on their bicycles.  Seeing them out of the corner of my eyes, I turned in their direction to make sure they heard me: “What is this, a fucking donut convention?”  In my mind, what could be manlier then screaming obscenities at the police?  Doing so was tough, confrontational, and fearless.  Never mind that my white, middle-class and male privileges allowed for my “boldness” and protected me from most all consequences.  Nothing happened, at least nothing more than my attempt to reaffirm my masculinity.  I was showing others and myself that, irrespective of anything else, I was a “real man.”

The acceptance of media-generated stereotypes and the lack of vision for alternative forms of masculinity, coupled with my own security and ignored privilege, guided these disempowering yet rewarding performances.

This performative manhood guided so many of my teenage years.  I was always looking for fights; although, I never wanted to fight.  I wanted the rewards of proving my manhood without the potential of a bloodied lip or a black eye.  This is why sports were so important to me.  They provided an arena where I could highlight what I thought were the qualities of masculinity: physicality, brutality, and destructiveness.  Whether on the basketball court or on the baseball field, playing lacrosse, rugby, or football, I saw myself as an enforcer. I played with anger and a chip on my shoulder; I was a thug, an ass, and always on the edge.

I knew of no other way to be a man; no other way to prove my masculinity. Yet, as a white middle-class “kid” I was always innocent and presumed to be nonthreatening. Still sweet, even as I looked for fights on and off the court.

My identity as a tough jock didn’t end with the conclusion of the game.  My sense of manhood, based in notions of toughness, physicality, attitude, and force, anchored my entire life.   My refusal to read, my disdain for learning, and my willingness to walk out of class in the midst of a lecture is illustrative of how I envisioned masculinity. Intellectualism (i.e. “being smart” or “being a nerd”) was rarely considered masculine.  As someone who struggled with a learning disability, it is no wonder I embraced bar-jarring hits on the field, and contempt for learning as the basis of my masculinity.

My trash talking, bullying, my voicing and accepting sexist and homophobic jokes were all part of my effort to fit into the cookie-cutter definition of masculinity.  Even my beard, which I have been growing since age 16, was originally part of my quest to fulfill this illusive and constructed ideal.  I was stuck in America’s gendered classroom, refusing to and somewhat incapable of questioning my teacher’s lessons. I was failing. Rather than tearing up the test in the face of my teachers and rather than writing my own curriculum, I went to great lengths to be an honor’s student.  Sure, I wasn’t an honors’ student when it came to sex, physical embodiment,  and toughness.  And yes, I liked to cook, taught nursery school, and was sweet.  But, I was ready and willing to fight, which in my mind made up for my failures in my quest to be a “real man.”

Today, I remain in this classroom.  Yet, I am not stuck in a class described by Rafael Casal as Barbie and Ken 101.  I am working on getting an “F” there. Yet, I am learning.  Feminist teachers are schoolin’ me each and every day.  I am bearded and sensitive; I am sweet and competitive; I am soft and manly; I love to cook and cannot fix my car; I cry and do so often.  I am vulnerable and scared, especially as I write these words.  I don’t know if this makes me more or less of a man…because I don’t know what that means anymore.  And I don’t care.

One thought on “The Masculinity Scorecard”