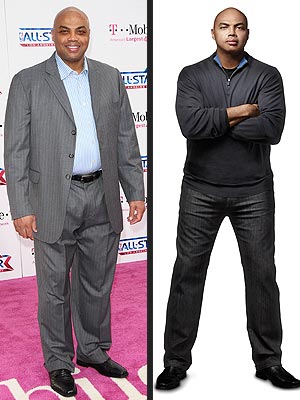 Lose like a Man: Who is Really Losing in the new Weight Watchers Campaign

It seems that Charles Barkley is everywhere and that isn’t just because there are basketball games on each and every day due to the compressed post-lockout schedule. Whether appearing on Saturday Night live or Sunday Night Football, Barkley has emerged as a highly recognized figure since his retirement from professional basketball. Yet, his ascendance has reached new heights recently with the launch of his “Lose like a man” campaign with Weight Watchers.

Barkley’s struggle with his weight since his retirement has been well documented, often the butt of jokes on his TNT’s NBA Tonight. It would seem that this laughter and joking stops with his new Weight Watchers commercial. In front of an all-black screen and wearing all black clothes, Barkley announces:

I am still not a role model. But maybe I can change that. Maybe if I tell you that I am losing weight and getting healthy you will see that you can to. Maybe if I said I was stopping making excuses and started making progress, you’d do the same. And maybe if I told you I was doing it with Weight Watchers, you’d join me. Lose like a man.

Referencing Barkley’s “I am not a role model” NIKE commercial, the commercial establishes a firm binary between his past hypermasculine ways and his new more refined and skinny self.

The commercial presents Barkley as a role model because he is able to lose weight, to show his vulnerability, all while maintaining a clear articulation of manhood. Weight Watchers, in fact, allows for this successful balance. In an online spot, Barkley further articulates the gendered approach to weight loss:

Every guy thinks they can install the dishwasher themselves until they blow up the kitchen. And every guy thinks they can lose weight on their own. Look around guys, it ain’t working. Weight watchers has a plan for men; it has helped me lose 23 pounds already and gives me the tools to keep losing. I tried doing it myself; it didn’t go to well.

The efforts to capitalize on the ways in which weight-loss and body image have been feminized within the national discourse are fully evident here. In defining weight loss in gendered terms Weight Watchers reifies the boundaries of gender, ultimately concluding that men can remain men even if they are losing weight. The commercial, therefore, imagines weight-loss as a feminine domain, one that men can enter as long as there is a parallel masculine space. Lisa Guerrero, an associate professor in the Department of Critical Culture, Gender, and Race Studies at Washington State University, identifies the commercial as part of a larger process of gendering behaviors, objects, and processes. Like other examples of gendering of food – “man food” v.“chick food” – the Barkley spots are “yet another example of what Butler would call ‘girling’ or ‘boying’ discourse, which directs ‘appropriate’ gendered behaviors.

Continue reading @ Lose like a Man: Who is Really Losing in the new Weight Watchers Campaign? | The Feminist Wire.