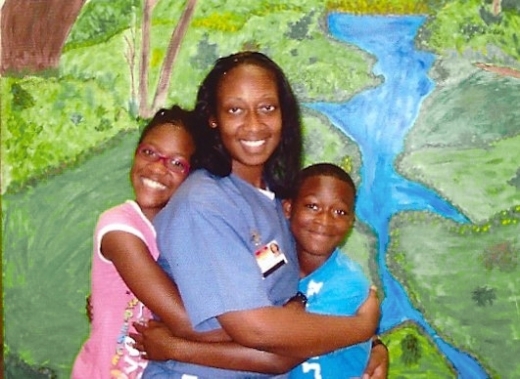 While we have never met, you have impacted me in ways you will never know. I think about you daily; a poster calling for your pardon hangs in my office. I think about you and the horror that you have endured. While the system has tried to make you disappear, you have not been forgotten. I often find myself thinking about how we as a society have failed you. While the injustices that have led you into a Florida prison have prompted national outrage, the entire nation should be outraged. Too many have failed to see you as their mother, as their sister, as their daughter, and their friend. We all should be demanding justice until your freedom is secured. We have failed to use our voices to shine a spotlight on the travesty of injustice; we have failed to walk from state house to courthouse, standing and sitting with you.

But our failure did not begin the day Florida decided to prosecute you for standing your ground; we did not fall short in the aftermath of a sham of a trial and the horror of a 20-year sentence. We, and by we here I am specifically talking about men, failed you long before you said enough to abuse. We have failed to create a culture that repels violence against women, which shuns and denounces every instance of domestic violence. We failed you in 2009 when your husband was arrested for abuse. The system has failed you over again. And we have failed in not holding that system accountable, in demanding a system that actual works to create a environment. In 2010, your husband said, “I got five baby mamas and I put my hand on every last one of them except one. The way I was with women, they was like they had to walk on eggshells around me. You know they never knew what I was thinking or what I might do. Hit them, push them.” Reading this hurts me because it is further evidence of our failure. We rear men who think this is ok, who are empowered to abuse. Where were we then? Where was the criminal justice system that is so concerned about protection and safety? We have failed you and for that I am sorry.

We have not just failed you, and the millions of women whose pain and voices are suppressed, but your kids as well. I think often about your sons and the impact of their witnessing violence. I think about the pain of seeing their Mom locked up; I think about your daughter and the years lost with her. We have failed them. We must do better for you; we must do better for them. Please know that many are working hard to hold justice accountable. Many are thinking about you and your family; many are working hard to stand with you because you should not have to sit alone in a prison any longer; many are working to secure justice because you should not have to stand your ground alone against violence.

Each day as I look at your picture, I think about what am doing in your march toward justice and freedom; what am I doing in the fight against abuse and violence? I think about you and your children, and how we cannot fail any longer. There is too much pain and it’s time to replace it with love. Looking forward to day that you can feel our collective love evident in your release and actual justice.

One thought on “theSWAGspot | Dear Marissa,”