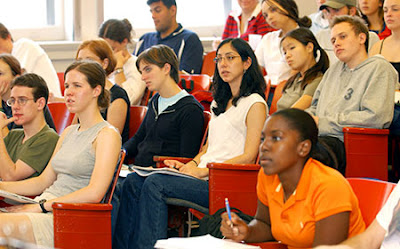 The media focus on student debt, on congressional battles over student loans, and the scarcity of jobs for college graduates obscures the racial and class dynamics that define America’s colleges and universities. With the public discourse surrounding the unfairness of affirmative action for Whites, the threat that Ethnic Studies represents to (White) America, and the absence of “White student unions” in college campuses, public discussions re-imagine Whiteness as precarious, and Whites as victim and at the frontlines of a changing educational landscape. Despite the daily lamenting of the state and future of America’s White students, particularly those with middle and upper-middle incomes, college campuses are still White. In fact, Whites, particularly those whose parents are part of the top 5% of the income distribution, continue to reap the benefits of privilege in (1) admittance, (2) scholarship, and (3) treatment. Let’s not get things twisted here; these colleges and universities are in America, so yes the rules of the game (racism, sexism, classism) do apply.

In 2005, less than one in eight youth from the poorest 25% of society would enroll at a 4-year college university within 2 years of high school graduation. According to Peter Schmidt, author of The Color of Money, “a rich child has about 25 times as much a chance as a poor one of someday enrolling in a college rated as highly selective or better.” Colleges’ overreliance on SAT scores, heightens cultural bias, and the unequal advantages resulting from SAT prep classes, which have proven to benefit Whites and the middle-class. In addition, because admissions give credence to a school’s reputation (which cannot be seen apart from segregation, and racial and class inequality), the rules and the game of college are set up to advantage Mitt Romney’s America: the already privileged. Worse yet, the hegemony of the narratives of meritocracy and the illusion of diversity—which Lani Guiner describes as “a leaf to camouflage privilege”—obscure the endless privileges afforded to the members of middle and upper middle class White America, before they ever step foot on a college campus.

This is evident as we look at the racial and class stratification of student loans and other forms of aid. The Chronicle of Higher Education found that “colleges with more than $500 million in their endowments…served disproportionately few students from families with incomes low enough to qualify for federal Pell Grants.” In other words, the money that makes college a possibility is funneled to those whose families often have the requisite dollars to make college a reality. Schmidt tells us that “[j]ust 40 percent of the financial aid money being distributed by public colleges is going to students with documented financial need,” adding that “[m]ost such money is being used to offer merit-based scholarships or tuition discounts to potential recruits who can enhance a college’s reputation, or appear likely to cover the rest of their tuition tab and to donate down the road.” Despite the widely circulated, albeit factually false ideas about students of color and scholarships, the vast majority of scholarship money finds its way into the pocket of White students.

One thought on “NewBlackMan (in Exile): Higher Education in Mitt Romney’s America”