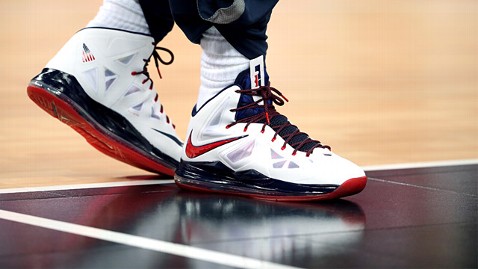 Shoes, Diplomas, and the American Dream

The media is abuzz with reports of Nike’s fall release of the LeBron X. Not surprisingly, the widespread commentary doesn’t focus on production conditions or even the technological components of the shoe, but instead on the cost of the shoes. According to The Wall Street Journal, the LeBron X would retail for a whopping $315 dollars; subsequent reports noted that Nike would market the model with all the hi-tech bells and whistles for only $290, with a basic model costing around $180. Pushing the boundaries of what constitutes a shoe (not just laces and “leather”), the LeBron X will include Nike’s + technology, which allows athletes to measure vertical leap, activity, and otherwise assess basketball progress.

Rumors of a $315 shoe led commentators to wax sociological, using the moment to lament the values and cultural priorities of the nation. More specifically, these sociological impersonators lamented the warped values of the poor, of inner-city residents, and of youth—blacks—who would probably flock to stores to purchase the shoes. “The lust for expensive LeBron X sneaker signals a bigger problem,” writes Daryl E. Owens, a columnist at the Orlando Sentinel. Whether linking it to warped priorities or reviving memories of black youths murdering each other for expensive shoes in the 90s (and more recently), Owens points to the dangers of consumption from certain communities: “For too many, the problem is a malignant mutated strain of conspicuous consumption, crossed with hardship and low self-esteem.” Greg Doyel of CBS Sports also objected that “LeBron is trading on the most vulnerable part of his fan base: their self-image.”

Imagining black youth as lacking values, self-esteem, and agency, Doyel and company see the shoes—and not poverty, job and housing discrimination, the prison-industrial complex, divestment in public education, etc.—as the destructive influence on the future of this generation. In other words, the allure of these shoes, and the desire to get one’s hands on them at any cost, is the explanation for persistent inequality. Painting a picture of black youth rioting and killing for these shoes, of a community lacking values, these commentators play on the worst kind of stereotypes and misinformation.

Yet it seems clear that Nike does have a message to market. The company is selling high-school and college athletes the prospect of not just a career but also a future. As with higher education as a whole, this is a message directed at the middle-class—at suburban whites rather than blacks. The LeBron X provides the electronic wizardry for student athletes to better their game. These shoes are imagined as yet another device or investment in a path toward the American dream. Akin to private coaches, the best equipment, nutritionists, private traveling teams, and other financial burdens, the shoes are yet another example of how sports achievement is tied to consumption and investment, to privilege. Akin to spending hundreds of thousands of dollars for a degree from an elite college, tens of thousands on private high schools or preschools because they are pipelines to the American dream. The shoe itself—and the reaction—is a metaphor for what is happening to higher education.

Continue reading @ Shoes, Diplomas, and the American Dream – The Conversation – The Chronicle of Higher Education.