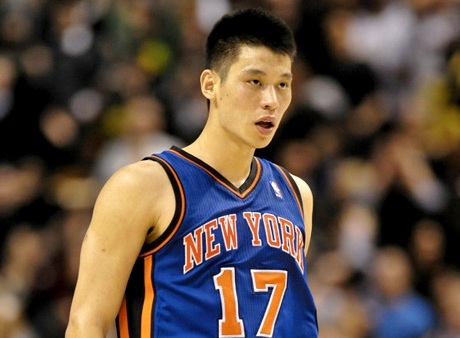 I spent much of the last two weeks watching New York Knicks games, a painful reality given my unwavering loyalty to the Los Angeles Lakers, to participate in the phenomena that has come to be known as Linsanity. When not watching games, my days have been spent listening to interviews, reading commentaries, and debating and discussing Jeremy Lin’s meteoric rise. Among the many things I have noticed is how we as a society lack a level of media literacy, seemingly accepting the narrative disseminated by the national media. With little reservation or questions, there is little room to think critically about how Lin is being positioned within most media circles.

For example, we have been told that Lin “came out of no where.” Simultaneously erasing his experiences and the hard work that led him to become the starting PG with the Knicks and his past successes (at Harvard, including dominating performance against UCONN; during the NBA summer leagues), the “out of no where” idea reflects the “American Idolization” or the “The Apprentization” of American life. Discounting hard work, talent, and a myriad of factors, we increasingly live in a society that imagines the American Dream as simply around the corner, available with a little bit of luck and opportunity.

The appeal of Lin as “coming out of no where” does not reflect the power of stereotypes but a sense of pleasure that comes with our collective belief that our dreams can come true. Irrespective of the profession, we all believe or think we can “come out of no where” to garner success and appreciation. Such belief in meritocracy and in the American Dream reflects a certain level of Lin’s appeal, a fact that should elicit self-reflection and critical analysis.

Likewise, the belief that Lin is undermining, if not eliminating, stereotypes about Asian Americans, is optimistic to say the least. Timothy Yu’s “Will Jeremy Lin’s Success End stereotypes?” embodies this hope: “American culture tells us, in short, that Lin shouldn’t exist. Every time he drives to the basket, he upends stereotypes of Asians as short, weak and nerdy. Every time he talks to the media, he dispels the idea that all Asian-Americans are like foreigners speaking broken English.”

Jay Caspian Kang pushes this conversation further arguing that it isn’t simply Lin’s presence on the court that undermines longstanding stereotypes but the style that he plays with. “I’m sure we’d all like to peg the humble Asian kid as unselfish. But Lin can be a bit of a black hole [with the ball]. Some of his most exciting baskets have come on drives that start around half court.” Yet, that isn’t the narrative in circulation. As noted by Picca and Feagin, stereotypes “act, like self-fulfilling prophecies tend to be reinforced when new information fits them, while information that negates a stereotype tends to be rejected.” The stereotype, in itself, impairs our ability to see the reality.

For example, in the aftermath of the Knicks loss the New Jersey Nets, which was Lin’s first game playing alongside Carmelo Anthony, the criticisms directed at Anthony focused on his selfishness and ball-hogging approach in the game despite the fact that Lin took 18 shots compared to Melo’s 11. Understanding the desire to see Lin as a “game changer,” as someone who is ushering in a new racial moment, the persistence of inequality and institutional racisms leaves me questioning the level of optimism, one that seemingly places stereotypes on the doorstep of those who have been confined within the prism of racial expectations.

One of the emergent narratives, especially in the wake of the tweets from Jason Whitlock and Floyd Mayweather, ESPN’s headline and the MSG “fortune cookie” image, has been the ways in which racism has been directed against Asian American communities. While illustrating the profound ways that racism guides both public discourse and material conditions impacting AAPI communities, the efforts to create a hierarchy whereupon anti-Asian prejudice (institutional racism is never figured) is tolerated whereas anti-black or anti-Latino racism is met with opposition and condemnation represents a significant failure.