The Problem With Affirmative Action 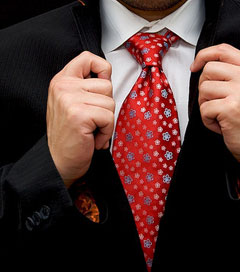 Henry Louis Gates Jr., the famed African-American literary scholar and director of the Du Bois Institute at Harvard University, recently reflected the following in an interview on National Public Radio: If it weren’t for affirmative action, he would not have been admitted to Yale University, regardless of how high his credentials were and he would not have had the opportunities to demonstrate his talent over the past four decades.(1)

Gates’ admission reflects a fundamental problem with affirmative action. It works. I had the opportunity to reflect on that out loud in a discussion at the Race and Higher Education conference in Grahamstown last month when I asked: “Are there no mediocre white people in South Africa? Is every white person hired, every white person offered admission to institutions of learning, an excellent candidate?”

My rhetorical question was premised upon what Gates and many other highly achieved blacks know and that is the myth of white supremacy is the subtext of the “qualifications” narrative that accompanies debates on affirmative action.

When I was tenured at Brown University, the process required evaluations of my work from five referees. Expected performance was a published monograph, several articles, satisfactory teaching, service and signs of international recognition. My dossier had the following: three monographs (one of which won a book award for outstanding work on human rights in North America), an edited book, a co-edited book, 40 articles (several of which had gone in reprint in international volumes), two teaching awards and service that included heading a committee that recruited 23 scholars of color to the university. The process for my promotion and tenure was dragged out because of continued requests for more referees. The number grew to 17.

There was a comparable white candidate in the philosophy department. He also supposedly worked in existentialism, one of my areas of expertise. His dossier? A contract for his dissertation and a few articles. His case was successful. His contracted dissertation was published several years later. He has since then not published a second book. He is now a full professor at that institution. Over the years, I have only met one person in his field who knew of and spoke well of his work. That person was a classmate of his in graduate school.

Was affirmative action necessary for my promotion and tenure? Yes. But as should be evident in this example and no doubt Gates’ and many others, there is another truth. Was investment in white supremacy necessary for less than stellar whites to be promoted? Yes.

Affirmative action, which brought people of color to the table to learn first-hand about the level of performance of their white predecessors and contemporaries, stimulated a reflection on standards in many institutions. As more people of color began to meet inflated standards, what were being concealed were the low standards available to the whites who preceded them (and no doubt many who continue to join them as presumed agents of excellence).