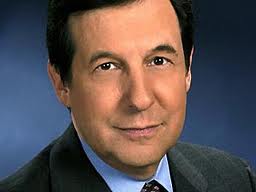 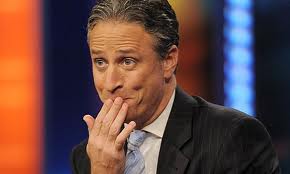 During a contentious exchange between Jon Stewart and Fox’s very own Chris Wallace (Part 1 and Part 2), this past Sunday, Wallace criticized Stewart for the voice he used while doing a bit on Herman Cain.  He asked Stewart if he planned to make a remake of “Amos n’ Andy.”  Not to be out-done, Herman Cain seized the moment: “As far as [Stewart] mocking me, look, I’ve been called every name in the book because I’m a conservative, because I’m black,” noted Cain during a public speech.  “I have been called ‘Uncle Tom,’ ‘sellout,’ ‘Oreo,’ ‘shameless.’ So the fact that he wants to mock me because I happen to be a black conservative, in the words of my grandfather, ‘I does not care. I does not care’” (see here for video)

To say there is something ironic in this accusation would be an understatement.  “Cain’s comments about Stewart are a bit odd,” noted Boyce Watkins.  “Given that Cain feels an inexplicable degree of comfort around men like Bill O’Reilly, Sean Hannity, Glenn Beck and Rush Limbaugh, who have insulted people of color in ways were previously unimaginable in the new millennium [sic].” Beyond odd, the accusations, given the accepted deployment of racism, against Stewart meet the definition of Chutzpah.

While the criticisms in this case are disingenuous and evidence of double standards, Stewart’s vocal intimations in this bit are disconcerting.  Given the history of racism in this country, it does play upon longstanding white racial frames of African Americans.  When I initially watched this bit, it made me uncomfortable.  Just as Stephen Colbert “impression” of a Chinese man (I know it is satire, but still) makes me uncomfortable even thought he is criticizing Rush Limbaugh for his own anti-Chinese prejudice, and Bill Maher calling Barack Obama a “’Black Ninja Gangster President’” elicits contempt from me, Stewart’s decision to mock Cain linguistically is troubling especially given its larger historic place.  Likewise, his explanation to Wallace (“Why don’t you show — do you want to show me doing the voices for all the other people that we do? You want to see my New York voice? My Chinese guy voice?’) is equally unsatisfying because it doesn’t reveal a lot of self-reflection as to the larger history of race in this country.  This instance got me thinking about a piece I wrote for Colorlines some years back about how white populism within progressive pundits/entertainers maintained a larger history of white anti-racist activists who have struggled to reflect on white privilege and how longstanding racial images/narratives impact white progressive as well.  As such, I thought I would call attention to this piece in hopes that it provides some greater thought about the current criticism surrounding Stewart.  Just because the (disingenuous) criticism has been brought by Chris Wallace and Herman Cain doesn’t mean there isn’t some basis to the criticism.

“Popularity, Privilege, and the White Populists Who Populate the Airwaves”

After the sixth book arrived in the mail, I realized something might be going on here. Stupid White Men; Rush Limbaugh is a Big Fat Idiot, Does Anyone Have a Problem With That: The Best of Politically Incorrect; Lies and the Lying Liars Who Tell Them: A Fair and Balanced Look at the Right; When You Ride Alone You Ride With Bin Laden: What the Government Should Be Telling Us to Help Fight the War on Terrorism; Dude, Where’s My Country? Turn on the TV, and there’s Jon Stewart sneering at Trent Lott, Strom Thurmond or the bigoted Republican Party. Listen to the radio, and there’s Al Franken talking about the racist plot to disenfranchise black voters during the 2000 election. Liberal pundits, while not as ubiquitous as conservative talk radio and TV warriors, nevertheless seem to be coming out of the woodwork these days.

In addition to excoriating the Christian right, the gun lobby, and evil corporations in general, these liberal pop-culture icons-in-the-making also talk about race on occasion.

In his corporate speeches, Al Franken likes to offer the following commentary on U.S. racism: “Looking at your faces today, I can see that this group hasn’t caved in to that whole affirmative action nonsense. Look around, see all the white faces and laugh. ”

Bill Maher, who has a new HBO show “Real Time With Bill Maher” since the canning of his “Politically Incorrect” post-Sept. 11, made this remark during a March 2004 segment: “Nothing gets white people to the polls like fear. In fact, the right wing is so fired up about Jews and gays and the potty mouth, they’ve almost forgotten who the real enemy is —brown people.”

Like the white populist movements of olden days, the new white populists of today claim allegiance with people of color and supposedly represent a solidarity of common white folk and communities of color against the establishment.