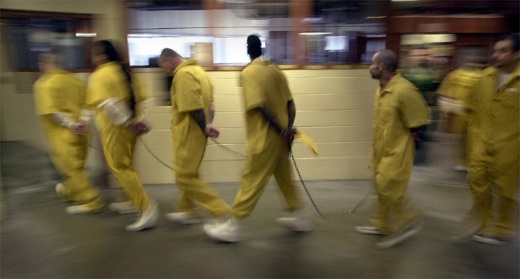 Originally Published on Your Black World

On July 1, 2011, hundreds of prisoners initiated a hunger strike in California. While the strike began inside of the Special Housing Unit at Pelican Bay State Prison, where human beings are locked away inside of soundproof cells for 22 1/2 hours each and every day, the strike has spread to prisons throughout the state, reaching as many as 6,600 prisoners in 13 locations. According he protest sought to “draw attention to, and to peacefully protest, twenty-five years of torture via [California Department of Correction and Rehabilitation]‘s arbitrary, illegal, and progressively more punitive policies and practices.” More specifically, the strike began as an effort to change the inhumane treatment facing prisoners in California (and elsewhere). Colorlines Magazine succinctly summarizes the demands as follows

· “Abolish the Debriefing Policy, and Modify Active/Inactive Gang Status Criteria” The practice of “debriefing,” or offering up information about fellow prisoners particularly regarding gang status, is often demanded in return for better food or release from the SHU. Prisoners demand the end to debriefing because it puts the safety of prisoners and their families at risk, because they are then viewed as “snitches.”

· “Comply with the US Commission on Safety and Abuse in America’s Prisons 2006 Recommendations Regarding an End to Long-Term Solitary Confinement” Prisoners demand a more productive form of confinement in the areas of allowing inmates in SHU and Ad-Seg [Administrative Segregation] the opportunity to engage in meaningful self-help treatment, work, education, religious, and other productive activities. This demand includes access to adequate natural sunlight and health care treatment.

Continue reading at Enough is enough: Pelican Bay Hunger Strike and the Abysmal Conditions in America’s prisons « Your Black World.

One thought on “Enough is enough: Pelican Bay Hunger Strike and the Abysmal Conditions in America’s prisons « Your Black World”